Find a list of best haunted house near you and search for haunted hayrides and haunted houses this October this fall by the city, state and zip code using Hauntworld.com the biggest online directory.Hauntworld.com is the premier online destination for finding the Best Haunted Location in any part o of USA. The extensive database of haunted locations found here can really make it simpler for people looking to explore them. You can search for haunted houses and attractions by city, state and zip code when you visit our website.

CREATE A LISTING   ADVERTISE YOUR EVENT

Ghosts, clowns, skulls and gore! Darkness, spiders, and so much more! 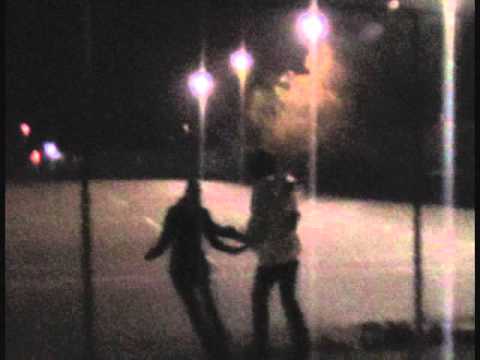 Knights Of Terror in Edmonton, Alberta

Tunnel of Terror in Edmonton, Alberta

FIND HAUNT NEAR YOU

Zoom Over State Below To Find An Attraction Near You

The province of Alberta has a rich history of its own and therefore it is hardly surprising that there are numerous Alberta haunted houses at various locations that are known for their scary history. If you are an adventurous soul and you want to explore the sites that are noted for their paranormal incidents, you should definitely visit the haunted attractions in Alberta. Over the years, numerous locations and houses in and around Alberta have earned the reputation for being haunted. If you want to engage in a tryst with the paranormal, you should definitely visit the Haunted Houses in Alberta as they can provide you with an eye opening experience.

Have a look at some of the most notable Alberta haunted attractions which you can visit with your friends or family members when you are here in this part of Canada. Whether you want to explore the top Alberta haunted houses during Halloween or any other part of the year, they are definitely going to pack a lot of scares and haunts for you. One of the most harrowing and chilling horror places in Alberta that you must definitely visit is the Bennywise's House of Horrors in Edmonton. Whether you are scared by clowns or spiders, ghosts or skulls, you will have plenty of scares here when you visit Bennywise's House of Horrors. There is plenty of darkness and gore here and they can definitely pack a scary experience for you. They regularly come up with new themes which mean that you are going to enjoy every single moment when you are here.

The Zed Haunted House in Red Deer AB, Alberta is one of the horror places that should certainly make your list when you are visiting Alberta. It is noted for some of the unique and bizarre actions that it offers to ardent scare enthusiasts. The Knights of Terror in Edmonton, Alberta is yet another notable horror house that you can explore when you are coming down to Alberta. Known for its mind bending scary themes, Knights of Terror can definitely provide an enthralling experience for you when you are here. You should also explore the Fairmont Banff Springs Hotel when you are in Alberta as it has over the years been the hotspot for a lot of haunting activity. It is believed that a bride died here at Fairmont Banff Springs Hotel back in 1932 by tripping down the stairs and breaking her neck. Numerous guests at the hotel have since then reported to have spotted the spirit of the bride joyfully dancing in the hotel’s dining room and then suddenly bursting into flames after that. Many have also seen the apparition of a former Fairmont Banff Springs Hotel employee, who still continues to help the staff around the hotel as if nothing has happened and he never left.

The Walterdale Playhouse in Edmonton is a real haunted house in Alberta that has gained a lot of reputation in the local community over the years. Built originally in the 1900s, the building was used originally as a firehall. Among the original volunteers who worked here, a man called Walter passed away in the building in 1910, and it is believed that the spirit of the man still haunts The Walterdale Playhouse. Over the years, it has been made into a theatre. Numerous employees and actors have reported of strange things occurring almost regularly, such as objects moving mysteriously and the sound from ringing of a bell. While looking to find haunted houses in Alberta, you must have come across Rosedeer Hotel in Wayne which is a notable haunted location here. For many people, Rosedeer Hotel in Wayne stands as the scariest haunted house in Alberta. The third floor of the hotel is believed to be the site where most of the haunting takes place. Many guests have reported that they have noticed a paranormal energy here. If you are keen on exploring Alberta haunted houses near you, you might as well book a stay here at the Rosedeer Hotel.

TOP MOST VIEWED ATTRACTIONS IN ALBERTA