A few weeks ago we published an article about haunted drive thru experiences and we informed you that more than likely they would all be scams, shams and a waste of money or simply unsafe.  There are many reasons for this assessment starting with the obvious:  These events where probably created from the idea that haunted houses wouldn't be opening, so there was an opportunity to cash in.  Does anyone really think these drive thru experiences would be opening had there been no pandemic?  That is a serious question?  We ask you when do you think these idea's popped up probably around the time Universal Studios stated they wouldn't open their doors for Horror Nights?  How much time do you think these drive thru experiences had between building the attraction and opening?  Our company also builds amusement attractions across the World including haunted houses.  We took about 15 calls from groups around the United States asking if we could build a drive thru haunted house in a parking lot, around a mall, etc.  In each and every single case they called in the middle of the summer, and everyone had a budget between $15,000 and $100,000 dollars.  So let me explain here, you want build an entire experience in about 6 to 8 weeks, and you want to spend between 15 and 100k.  Now let me ask you who really think you can build an amazing attraction in a few weeks with a few thousand dollars?  In probably every single case one of these pop up sham get rich quick schemer haunted house drive thru experiences you can bet they're going to be a sham.

We predicted the guests would facebook live the entire experience.  We predicted people would record everything and post it on youtube and they did.  Now what does the social media world think of drive thru haunts?  Go to youtube or facebook and see for yourself.  Just search the term drive thru haunted house review and see what people are saying.  You see the words like SHAM, RIP OFF, SCAM and worse.
The Haunted Road it appears turned off their reviews on facebook but that didn't stop people from posting hundreds and hundreds of comments trashing the place.  Social media was so brutal towards the haunted road the 'FOUNDER' had to come out and make a statement.

Partial Response to the negative reviews from the 'founder' of Haunted Road.

'Hi everyone. I’m Jessica Mariko, executive producer and creative principal for The Haunted Road.
First things first – I’m very sorry this past Saturday night was a disappointing experience for many, we're as disappointed as you are. The night was very far from what we had envisioned, in part due it being the very first night and the challenges that come with that, plus additional issues, such as being over capacity. We’ve heard your feedback, and we’re working around the clock to make changes and improve.'

Let me break this down for you... they claim they're working around the clock to improve the attractions is clearly a total farse.  How exactly are you going to fix this nightmare by working around the clock?  I own a haunted house and we spent about $400,000 in 2020 on UPGRADES not building the entire thing from scratch.  I watched the video of Haunted Road and I can tell you from my perspective you could build this entire attraction for less than $25,000. How much would it cost at minimum to build a good haunted house today?   You would at minimum 1 million dollars to create a haunted attraction.  How long would it take? In my opinion you'd be creating this attraction for an entire year, and once you'd open you'd quickly realize several mistakes and would never stop upgrading.  So basically you'd spend a year creating the attraction only to find out you made a lot of mistakes and need to spend tens of thousands more to continue to improve?  Correct!  So please someone tell me how you build an entire attraction in a few short weeks for a few thousand dollars?  Answer: YOU DON'T!

Honestly I've never seen any haunted attraction worse than 'The Haunted Road'.  These people should be ashamed of themselves to take advantage of a pandemic by offering this joke of an attraction.  When you see their advertisement and then watch the experience how do they connect exactly?  They assumed you wanted something really scary taking you down a dark sinister road off the beaten track only to deliver a show about a fairly tale.  What?  Huh?  But let me be nice here, they tried their best in the very short period of time they spent building it, with the small budget.  But in in the founders statement she said 'we're as disappointed as you are'.  Huh?  You didn't know before one car paid their money the experience wasn't going to be scary or the public wouldn't be upset?  I find that really really really hard to believe honestly.

But they're not the only ones who got trashed on youtube and social media for what many call a total 'rip off'.  For the most part ALL of the haunted drive thru haunts got trashed on social media.  I watched many of the videos and found it really hard to stomach how these would be haunters could actually with a straight face demand $30 to $75 dollars for the experience.  Its really simple GET RICH QUICK SCHEME!

Here is one review of The Haunted Road:

Here is the moral of the story... get rich quick haunted attractions are almost always a total rip off.  Haunted Attractions near you are developed over decades and invest millions of dollars to create the frights and sounds you're use to seeing.  The haunted house industry has been getting smaller over the last decade because haunted houses cost to much money to build, operate, and or upgrade.  We've seen single props for haunted houses ranging from $5000 to $20,000 and one of these drive thru experiences  build the entire thing for $15,000?  Come on already!  Our haunted house 'The Darkness' here in St Louis has millions and millions of dollars in masks, costumes, props, animations, sets, and special fx and has been around for 28 years and some pop up get rich quick scheme haunt is going to do it in 6 weeks with a visa card?

Fans of Halloween and Haunted Houses should  appreciate how much your local haunted house owners put into creating the ultimate experience for you every October.

Another major aspect to offering a GREAT haunted experience is OPERATION and based on the reviews of these drive thru haunts they have NO CONCEPT of operations. 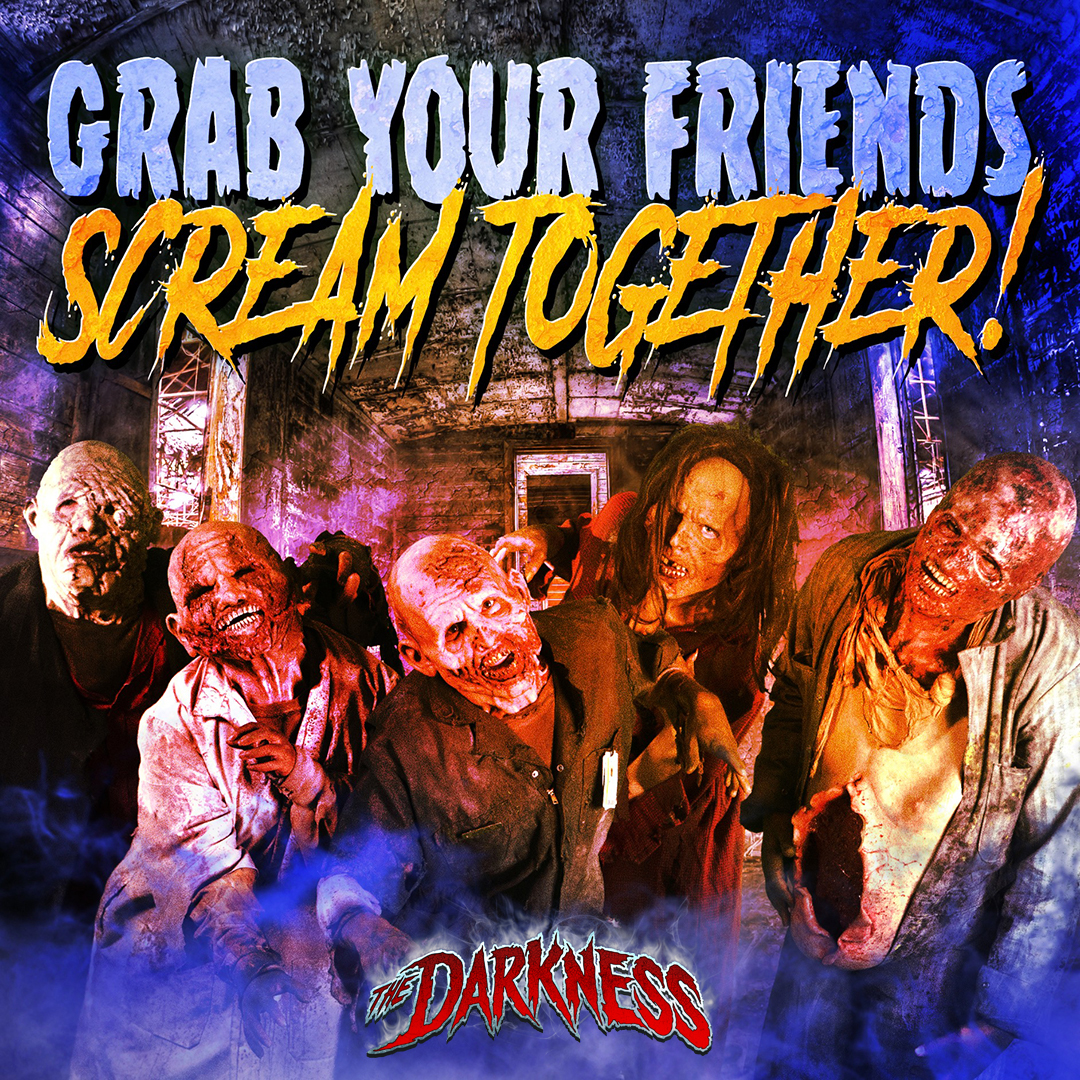 Learning on the job when the publics safety is on the line is not a good idea.  I WOULD NOT VISIT haunted drive thru experiences this Halloween save yourself from being totally ripped off!   Avoid haunts with gimmicks like 'if you survive you get your money back' what a joke! Who should you trust in 2020, your local haunted house operation who've been operating haunted attractions for decades!  There is always the exception to the rule such as  Headless Horseman haunted hayride is doing a drive thru experience but the difference is they have the infrastructure, experience, costume department, security staff and one of the most amazing hayrides with sets and props that allow for such an event.  I wouldn't trust some pop up experience unless its coming from a proven company with a long track record of producing haunted entertainment.   There is always exceptions and maybe some of these drive thru experiences had been planned pre-covid, and maybe they did spend months and millions to create them but based on what we're seeing on social media it looks like most if not all are getting very negative reviews.

Find a REAL Haunted Attraction at www.Hauntworld.com and visit them, support them and appreciate their drive and dedication to providing the ULTIMATE haunted experience.

Then DRIVE right PAST the Drive Thru Haunted House!

LEAVE A COMMENT if you know of a haunted drive thru getting positive reviews.