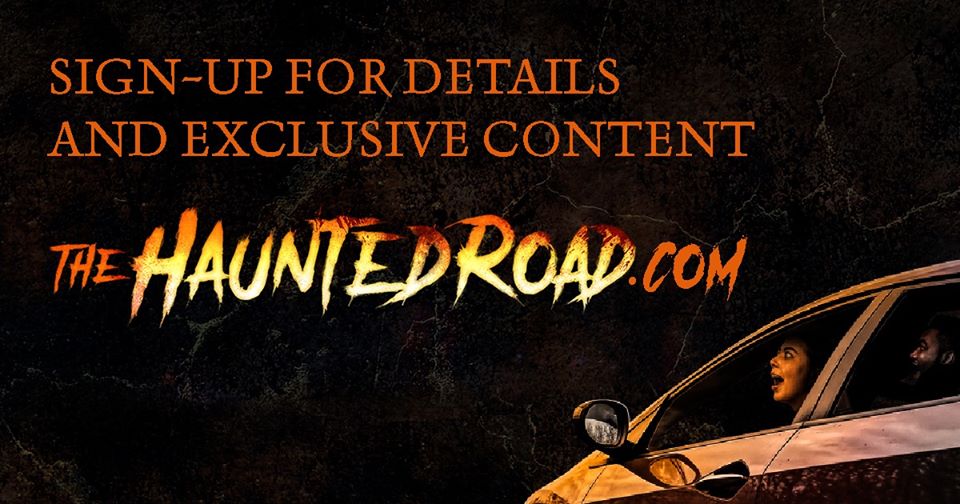 The Haunted Road states on their facebook "Will you dare travel The Haunted Road? Coming to Orlando this fall, The Haunted Road is Central Florida's first drive-thru, completely contact less Halloween Experience'.   The organizers launched a PR push I'm assuming to gauge interest in the attraction.  Furthermore I believe after Universal Studios announced it was cancelling this idea was dreamed up in an attempt to CASH IN!  The biggest Halloween event in the WORLD is Universal Studios Orlando Horror Nights without question.  Any haunt in the area that opens will get a bump but not as big as you think.  I would bet most of Universals customers FLY in for the event, with them being closed Orlando should be very slow this October.    Once Universal announced they would not open in 2020 I have no doubt some very névé get rich quick scheme was hatched for 'The Haunted Road'.

Is a drive thru haunted house a good idea?  Let me answer that really quick HELL TO THE FREAKING NO!  But why?

Let me count the ways and lets start with almost all deaths  related to a haunted attraction have come from HAYRIDES!   We've had customers and actors get killed on hayrides MULTIPLE times over the last 20 years.  We've had actors get run over by trailers and killed on hayrides.  Now just imagine having actors run up to cars and getting run over by scared drivers.  Are these would be haunt operators going to screen every car for people who're  drunk drivers?  C'mon nope!   Are they even going to check and see if every driver even has a drivers license?  A few years ago someone attempted a haunted ride where customers would drive their own golf cart... you guessed it people got hurt.

Now lets magnify this with big 4000 pound automobiles running off the road and into your staff members.  NO WAY!   These people just haven't thought this thru... this hidden road does it have 2 or 3 feet of gravel over the road?  I mean c'mon what are you going to do if it rains have cars get stuck in the mud or worse run off the road?   Not to mention this harebrained idea sounds good on paper but with social media people will be video taping their experience and I have NO DOUBT something thrown together will SUCK!  So how long do you think the positive PR will flow... probably 15 minutes.   You know they haven't built anything because they're talking about a fund raiser.  What are you going to build in 60 days?   Forget scenes, how about safety!!!  What if cars break down do you have the equipment to remove the car from blocking the 'haunted road'.  All of these aspects must be thought out 110%.

Ironically I got a call and I'm assuming it was from these people asking if I would either invest, or help them build this.   I told these people who called me it was the worst idea I'd ever heard mostly due to safety reasons.  I told them even if we could figure out HOW to make it safe for staff, we'd need at least 6 months to build something WORTHY of trying to 'CASH IN' on the fact that Universal closed.  Building a drive thru haunted hayride we'll call it is a really really bad idea that I hope NO haunted attraction owners attempts.

If you're worried about your hayride then simply convert to a haunted trail.  Done!

You know I told these people you'd really need a Christmas drive thru attraction as a location, and make it a cool spooky drive with lights and scenes (NO ACTORS).  They agreed.  Problem is those Christmas drive thru attractions want to open prior to Thanksgiving and start setting up in October not to mention YOU HAVE NOTHING to set up!   Here is the bottom line this is a HORRIBLE IDEA end of story.

Let me make a prediction 'The Haunted Road' was an idea that got some PR but will NOT OPEN in 2020.   Here is some advice for ANY would be haunted operator... DO NOT EVEN ATTEMPT an attraction with 60 days to go, much less 6 months to go !  Haunted Attractions are NOT get rich quick schemes and haven't been for two decades.  Do it right or don't do it at all.  The haunted road my prediction is a DEAD END!

Maybe I'm dead wrong, maybe the group I talked to was a different group out of Orlando, and this group has been planning this for months on end.  I doubt it but we'll see!  Bottom line is no matter what haunted attractions open we want ALL OF THEM TO OPEN SAFELY for both staff and guests.  Having people driving cars around in the dark with actors trying to scare them doesn't sound safe to me!  But what do I know?

Building Layers of Terror How to Build a Scary Haunted House

Building Layers of Terror!  Taking the Devil out of the Details by Ben Armstrong  At last you have a rock solid Haunted House. The basics are strong, the cast is tight, and the screams f

Being Monsters By: Drew Cothern   I have a problem. Perhaps it’s my mischievous nature or a pathological impulse, but I need to hear people scream. It’s an addiction, I can’t

Read Blog
How to Make a Haunted House Halloween Corpse

BUILDING A BETTER CORPSE By Michael J. Chaille   Haunted Attractions, like any produced event, can take on a life of their own as all the pieces of the production slowly come together.

60 Actors in 60 Minutes By Ken Franklin, Co-owner of FaceFXmakeup.com     Putting on makeup for a haunt event isn’t as easy as some might think.  There is more to it than slap

Creating a Room to Fit a Theme By Josh Wells Theming has become an increasingly important factor when designing a haunt. Developing a theme not only separates your haunt from others in your market

Read Blog
How to Build Scares Into Your Haunted House - Designs

Illusion Gags:  Creating Memorable Scares!   When designing haunts each year, the Oak Island Team is always looking to out-do our scares from the year before (aren’t we all!).&

Attention to haunted attraction owners STOP PAYING ATTENTION to what total panicking idiots are saying on facebook, settle down, and THINK.  There is a lot on the line for everyone across the hau

SIX FLAGS announced several changes to 2020 Fright Fest including a name change to Hallowfest.  Some of the highlights from Six Flags are listed below.  Waiting to see what other theme p

Read Blog
how to advertise a haunted house