10 Things you need to do to Open Escape Rooms

Escape rooms are pretty hot right now and making lots of money for some.  Over the past year, I've learned a lot about escape rooms from building four of my own plus several for different clients.  I've also learned so much from my conversations with friends who also operate escape rooms of their own, and of course I've learned from the good old fashion way of making mistakes and learning from them.  I feel the best way to learn anything is from digging in and taking your lumps.  The good news is...this industry shares a lot of information.  In this article, I will now share with you and hopefully save you some of the same growing pains.  Here are ten things I learned within the first six months of building escape rooms for clients as well as operating my own.

1) Marketing:   I learned quickly that escape rooms should be marketed only thru social media, not radio, television or any other type of traditional media.  If you're not a wizard at social media or digital media then hire someone.  I had to break down and hire a company to represent my escape rooms, and it's made a huge difference.  I think almost all failing escape rooms gravitate to Groupon.  Groupon is making a huge push to sign up as many escape rooms as possible.  The problem with Groupon is they make you cut your profits with a discount, and then they cut your profits again by giving them a huge percentage.  You would be much better off hiring a company to handle the marketing for you and focus on Google, Facebook and Instagram, and direct market to companies for team building events, specifically the HR Departments of businesses. 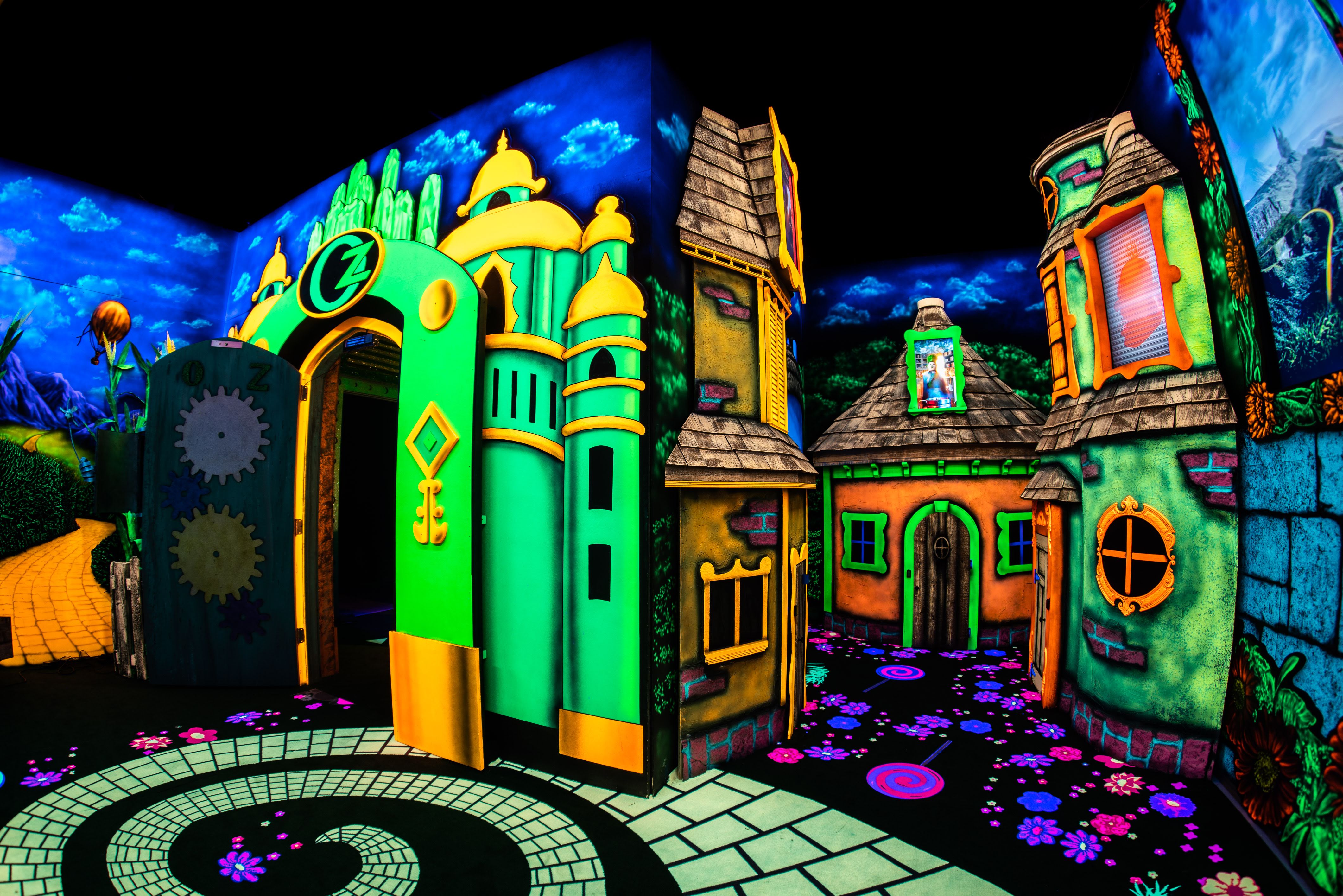 2)  Operations:  I learned really fast that it's not a great idea to be open daily.  However, it's also not a great idea to be open only at night.  Corporate parties want day time hours not night.  I think it's best to keep limited hours on Wed-Thurs with a focus on being open early.  You'll need at least 15 minutes between games to reset.  You must also remember games can be damaged by customers, so stay on top of repairs at all times.

3)  Buy Puzzle Books:  When I first created my escape rooms, I relied heavily on puzzle companies.  That was a mistake.  When you buy one from this company and one from that company you end up with so many different things created in different ways that it's hard to maintain.  On Amazon, you can find dozens of puzzle books.  Inside each book are puzzles that could inspire you to create non-electronic puzzles to open a lock or give a clue.  I wish I had bought these books prior to creating my first escape room.  I don't think every puzzle should be electronic.  In fact, some of the best puzzles are ideas derived from puzzle books whereby customers readily use their brain to complete a puzzle.  (BTW much cheaper.)

4)  Visit Escape Rooms:   Regretfully, I did not.  However, I've found that many escape rooms offer very similar things, while at the same time creating their own unique ways of reinventing those common puzzles.  Visiting other escape rooms and understanding what everyone is doing can help your business.  It's something I personally need to do, but just haven't had the time.  However, every successful escape room owner I've talked to has done this and told me the great value in it. 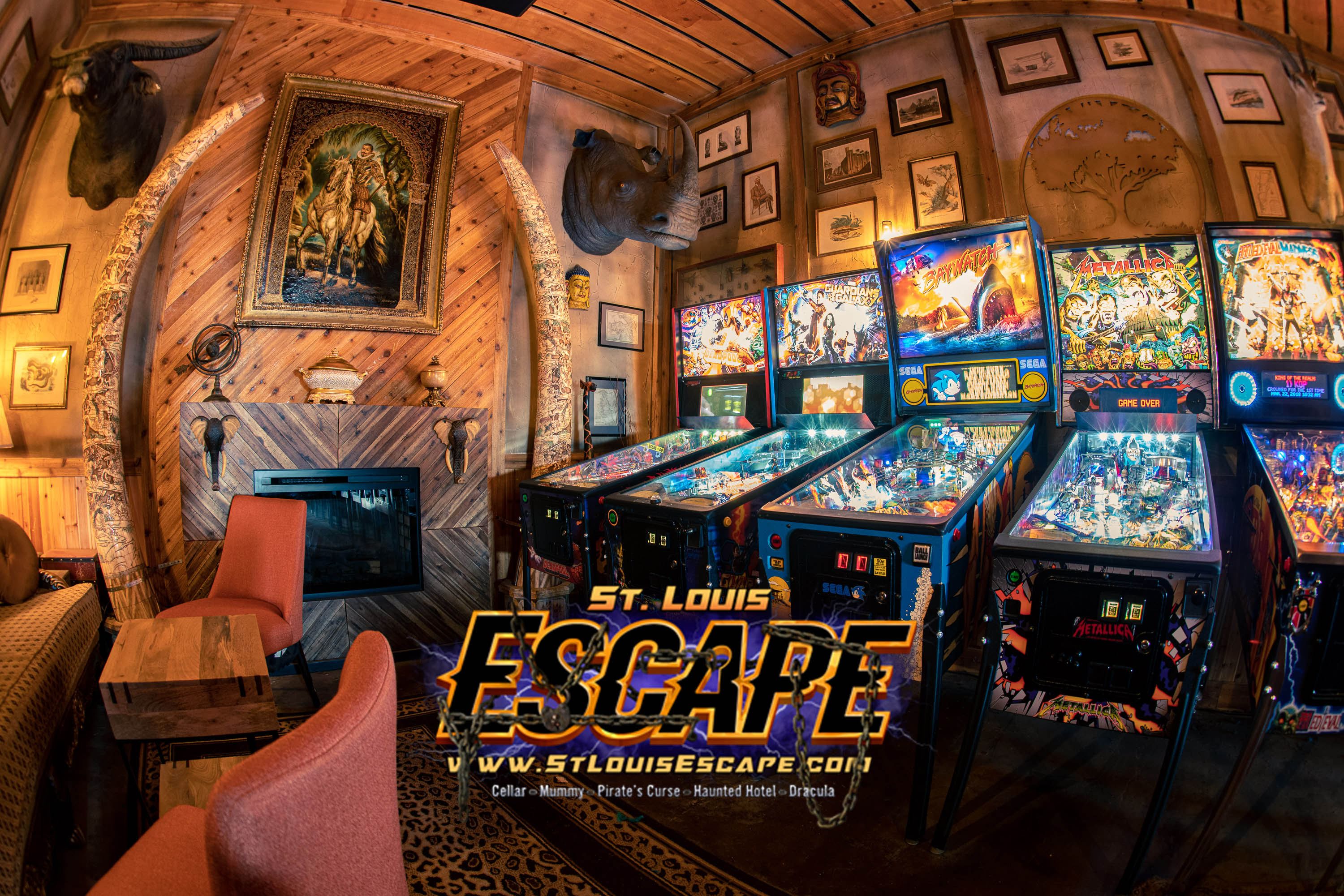 5)  Don't Create the Get-Rich-Quick Games:  There are SO many escape rooms in operation with SO many more planning to open.  Several were created by gamers, who have great puzzle ideas but who set them up too affordably.  Many escape rooms are set-up in small spaces, many times on the second floor, and the mass majority are created for only $10-$20k.  Ultimately escape rooms will come to the same conclusion the haunt industry came to many years ago... With too many haunts in operation, so many more were failures than were successes.  Very confidently, I'm going to predict more than half of all escape rooms will go out of business within the next 18 months.  Even ones operated on the smallest of budgets still have bills to pay and owners who need to support themselves.  I also believe many of the franchise escape rooms will be some of the first to go, because the owners have to pay a percentage of their profits to the franchise.  The Escape Room industry is being expanded much too fast; this will put a massive squeeze on the industry as a whole, but even moreso on the smaller ones.  You will continue to see more and more open, diluting the industry to a breaking point.  The quality levels are just so all over the board, and in some markets, you're starting to hear more negative than positive from customers.  The bar will be set higher by those who think big.  In the end, the industry will see several drop out, but the best WILL survive.  That's my opinion, based on 30 years in a similar industry, the haunt industry.  If you're thinking about opening one, then do it bigger, better and more spectacular than anyone else in your market. 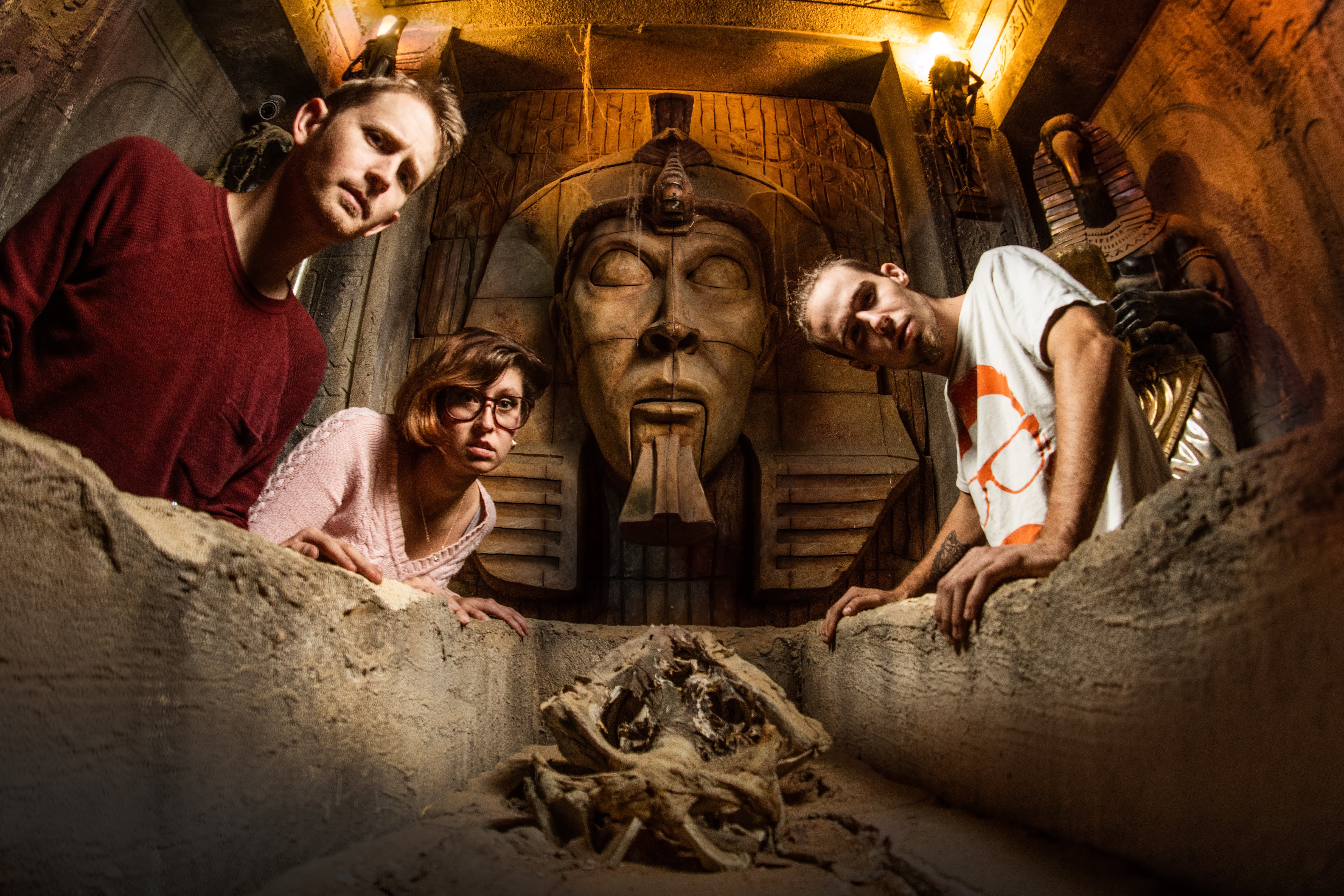 6)  Hire some help:  When you're planning your first escape room, reach out to some escape rooms designers.  There's no harm in getting some prices.  I've learned there are experienced puzzle and room designers who will layout your entire room for as little as $2,500.  Why try and learn on the job?  If you're someone with theming experience, then what can it hurt to hire someone to help you with a great flow chart of puzzles?

7)  Equipment to do the job:  We've already built several escape rooms for clients, and one thing I learned quick is you need certain types of equipment/resources.  If you really want to go above in the build-out of your room, you might need a CNC machine, 3D printer, and of course a really good tech person.  Tech for a haunted house is totally different than tech for an escape room.  If you don't own a CNC machine then find a local company who does.  A 3D printer is something anyone can buy; the trick is...Do you know how to use it?  You can probably find people on the web (on sites like 'meetup') who can operate your 3D printer or CNC if you choose to purchase one. 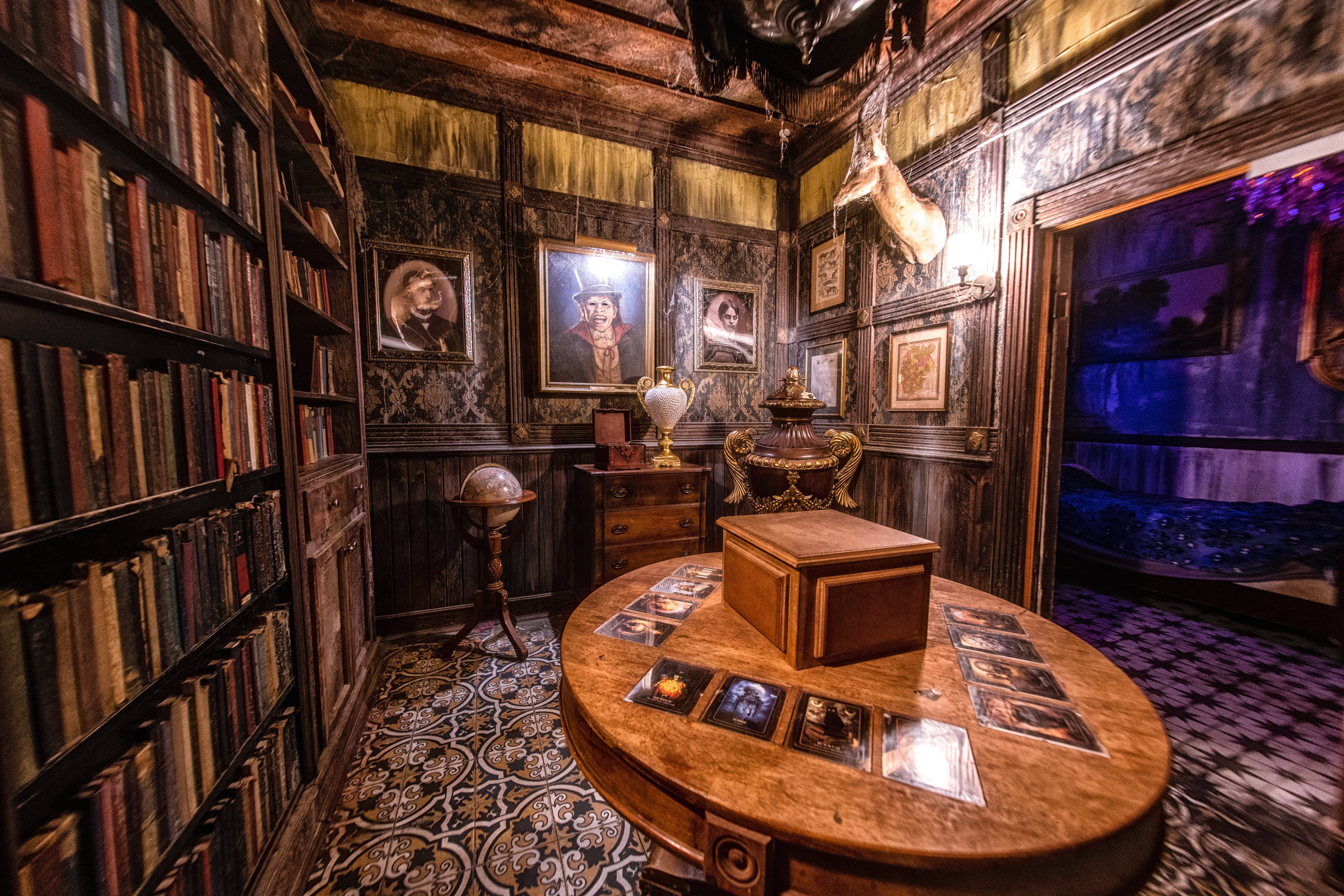 8)  Time to Go BIG:  Many escape rooms are what I would call generation 1.  These have little to no theming, lots of locks or math puzzles, and primarily seak-n-finds (aka simply finding hidden things around the room).  If you look around your market today, there might be 10-20 of these available, so something's gotta give.  I made a comment during my seminar last year that many low-budget escape games will inevitably find it hard to complete by the new incoming high-budget escape rooms.  Look at the Halloween Retail industry...Almost every lower budget "ma and pa" retail store got sent packing when the big box stores decided to sell the same items.  This is reality, and the first to go will be the generation 1 escapes.  The newer escape games opening will be way more advanced and exciting.  The purpose of my comment wasn't to insult but to forewarn those escapes.  Upgrade before it's too late.  Now one year later, there's even less time to upgrade and change. I want to help anyone in business who reads this magazine... there are big players getting into this industry and right now you’re about to be overrun with competition.  Think big now and go for it!!! I have always found in the haunt industry if you set the bar so high, others will think twice before going into competition with you!  Just a thought!

9) Party Rooms:  If you plan to build an escape room you MUST build party rooms.  Number one customers are cooperate groups!  When I first opened my escape rooms, I booked very few corporate groups, but almost immediately after opening the party rooms, I had more than I could deal with.  Furthermore, you can upcharge for the private use of the room.  My only suggestion is that you create a very unique party room atmosphere, not something with four walls and paint.  My main party room is well themed and includes pinball, shuffleboard, televisions, couches, a fireplace and board games.

10)  Website:  First, you need a website where people can book your games.  I learned escape rooms and haunted house websites are two very different things.  Our first escape room site was dark; we didn't do well.  Then I totally changed the website and made things bright, more inviting.  Additionally, you'll need a Facebook and Instagram page, but again steer clear of doing anything dark.  Even though customers REALLY like the haunted themes, still keep your sites colorful and bright.  Don't make it seem too scary.

We also created another how-to DVD, this one is called 'How to Create Escape Rooms' and you can purchase a copy at www.HauntedHouseSupplies.com
MORE NEWS CLICK HERE
Tweet