Netherworld Gets a Change of Address - Atlanta Georgia 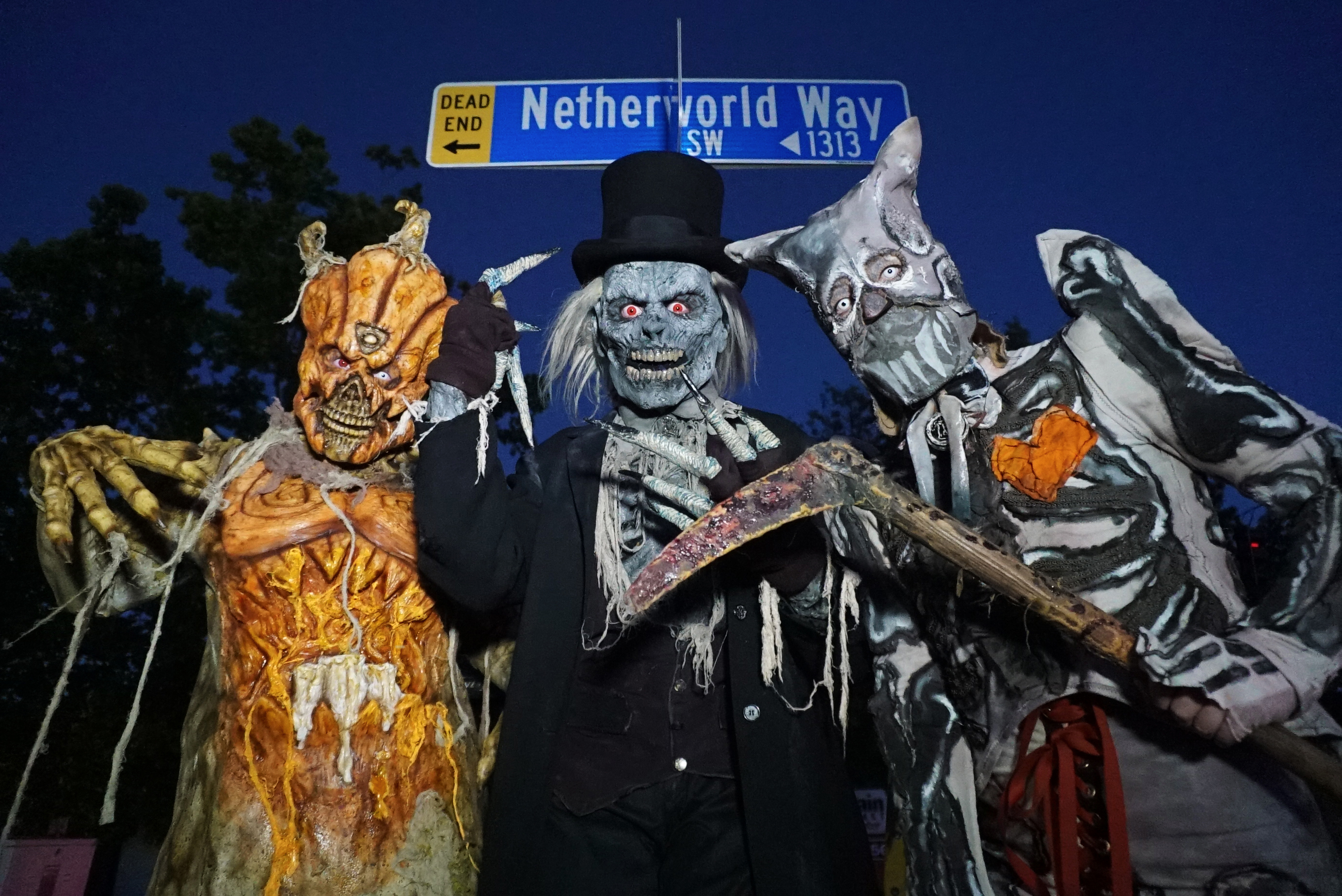 (From left to right) Cucurbus Lord of The Hallows, The Collector and Skelton Ash, some of this season’s monsters, say hello to their newly named address – 1313 Netherworld Way, Stone Mountain, GA 30087.
ATLANTA: This season at NETHERWORLD Haunted House means new monsters, new haunt themes, and a creepy new address. Incredible effects and sets, fan-favorite monsters and a new crop of creatures will be lurking for you at the same amazing location in Stone Mountain, but with a brand-new street name...Netherworld Way. While the street name may be changing, the location remains the same, as does all the fun and excitement haunt fans have come to expect from NETHERWORLD.

“Since planting roots here in Stone Mountain three years ago, those roots have only grown stronger, but having this new address really cements this place as home," said Billy Messina, NETHERWORLD Haunted House co-creator. “It's been a crazy year and the news of the new street name is truly a positive light and a hopeful sign of things to come. I'm beyond thrilled that our guests will be plugging 1313 Netherworld Way into their phones when we open the doors for our 24th year of fear.”

Over the next few months, guests can expect Google Maps and other online listings to be updated accordingly. However, for the time being, GPS services will recognize the old address (2076 W Park Pl. Blvd, Stone Mountain, GA 30087). Additionally, government services such as emergency and postal already recognize the new street name.

To stay up to date on the latest NETHERWORLD Haunted House news, visit www.fearworld.com. Fans don’t have to wait until fall for all the fun to start! Escape the NETHERWORLD escape rooms and outdoor laser tag, Laser Adventure Battle Arena, have both reopened to the public with precautions in place in light of COVID-19. For more details or to purchase tickets, visit www.escapethenetherworld.com or www.netherworldlasertag.com.

About NETHERWORLD: Created in 1997 by Billy Messina and Ben Armstrong, veterans in the film and television industry, NETHERWORLD is Atlanta's most popular self-guided, dark attraction. Recognized as one of the most highly acclaimed haunted houses in the world, NETHERWORLD is known for its over-the-top special effects, unique make-up, elaborate costuming, skilled stunt actors, and unusual themes. Since relocating to Stone Mountain in 2017, NETHERWORLD has expanded its offerings to include year-round escape games, known as Escape the NETHERWORLD, and outdoor laser tag, dubbed Laser Adventure Battle Arena. Over the years, NETHERWORLD has garnered local and national attention from media including CNN, “The Today Show,” “The Early Show,” The Travel Channel and Wall Street Journal and has been voted the top haunt in the nation by publications such as Hauntworld Magazine, Dread Central, Fangoria and USA Today. NETHERWORLD’s innovative horror experience and attractions continue to draw in generations of thrill-seekers eager to see what new nightmares have been unleashed! For more information, visit www.fearworld.com or call 404-608-2484. Keep up with all things spooky by following NETHERWORLD Haunted House on Facebook, Instagram, and Twitter.
MORE NEWS CLICK HERE
Tweet