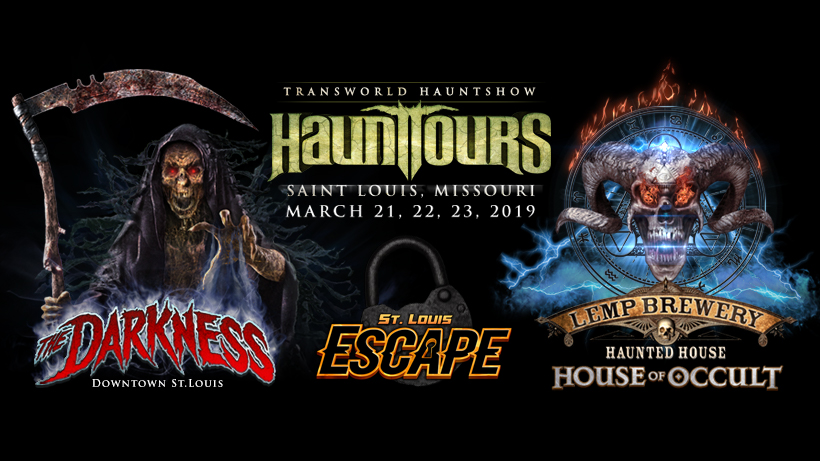 The 2019 Transworld Haunted House and Escape Room tour tickets are NOW on sale get your tickets now at http://darkness.fearticket.com

Tickets are cheaper when bought NOW the closer we get to the 2019 Transworld Haunt Show the more expensive the tickets.

Transworld is going to be bigger than ever with haunted house equipment, escape rooms, and now Christmas lights and attractions.  Over 200,000 square feet of everything you need to build, create and equip your haunts, Christmas attractions and escape rooms.  The show itself is in St Louis, Missouri March 20-24, 2019 and you can learn more about at www.haashow.com

During the tradeshow local haunted houses and escape rooms will open for guests of the tradeshow.  All events are private and limited.   The Darkness haunt tour is the biggest haunted house tour of the year having hosted over 10,000 attraction owners since 2009.  In 2019 these tours are going to be the biggest ever see all the tour details below.

March 21, 2019 -  Behind the Scenes Tour -  Tour The Darkness, Terror Visions 3D, Hive Zombie Haunt, Lemp Haunted House and St Louis Escape Rooms.  Walk thru each attraction with no fog and no actors.  Guests can bring video and photo equipment take pictures and video.  You're allowed to walk thru all of the attractions at your own pace including all five escape rooms.   Get more details at www.haunttours.com

March 22, 2019 -  Lemp Haunted House Live Actors -  The Lemp haunted house located about 2 miles from the convention center will open for only the 3rd time ever, and the finally time.  Go deep underground in real caves in a gothic setting where the haunt features LIVE actors!  The Lemp is being totally renovated for this tour.  This is the LAST TIME LEMP haunted house will EVER open for Transworld.  Get more details at www.haunttours.com

March 23, 2019 -  Darkness Haunted House Live Actors -  The Darkness is one of the best haunted houses in the entire WORLD!  The haunt features Terror Visions 3D, Hive Zombie Experience, 3 Minute Escape, Horror Museum, Gift Store and the two floors of The Darkness Haunted House.  The Darkness is renovated each year just for this event at a cost of over $250,000.00.   This year is no exception as The Darkness is building 'SKULL KINGDOM' which will feature several new animations and props from Unit 70.  The new scene will feature no less than SIX major animations, flying rigs, suspended bridges, and amazing detail.  Get more details at www.haunttours.com

The team behind The Darkness also announced they will open CREEPYWORLD in 2020 instead of Darkness and Lemp.  This is the last time you can take these tours!!!  Get your tickets now!

CONCEPT DRAWING FROM THE NEW DARKNESS 2019 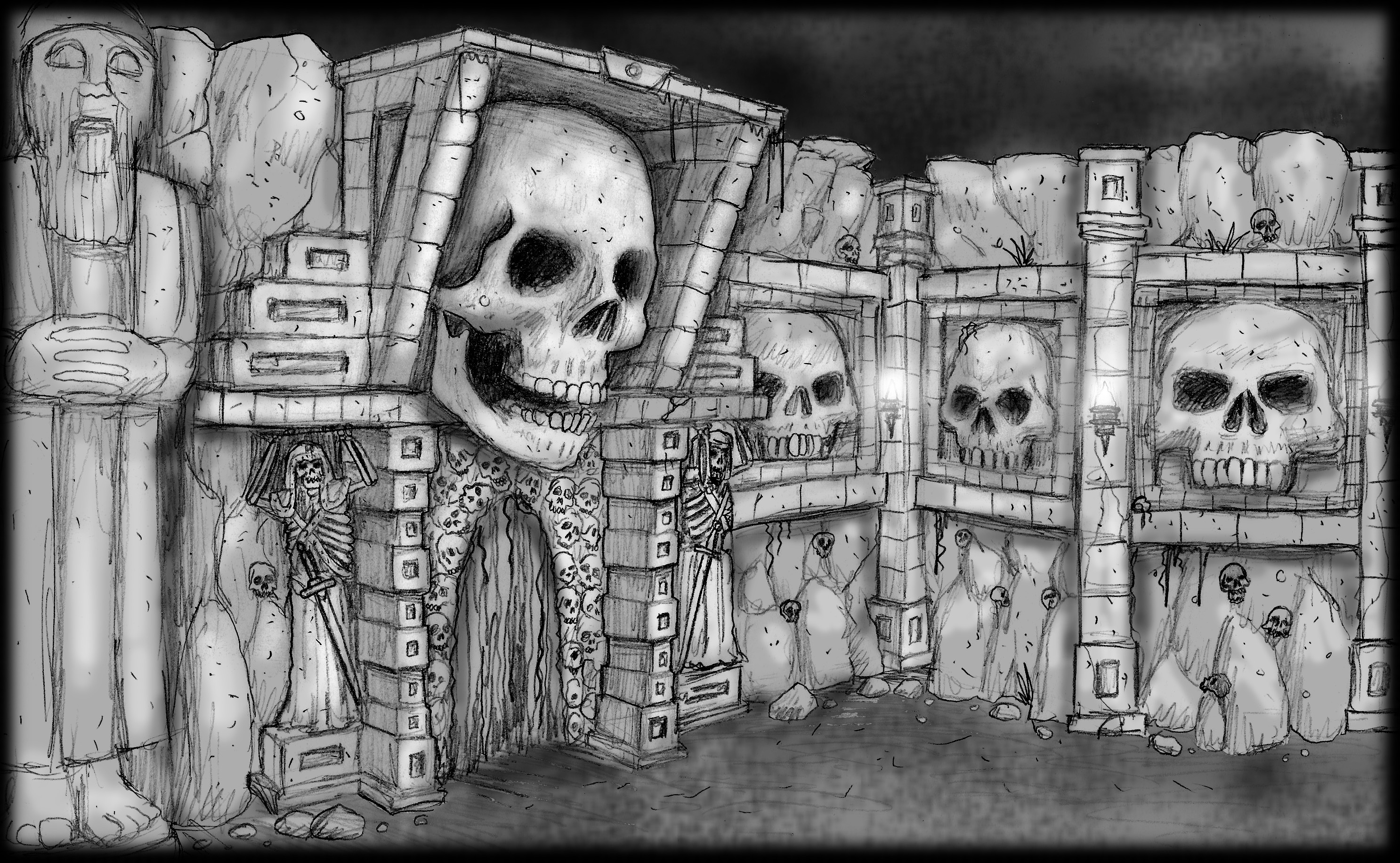 Creepyworld is a massive Screampark about 20 miles from the convention center.

Could Covid Creep Back into Halloween 2021?

Could COVID put fear into  the 2021 Haunted House Season Again? In one simple word...YES! Many cities have already started implementing new mask mandates and who knows what’s next.&n